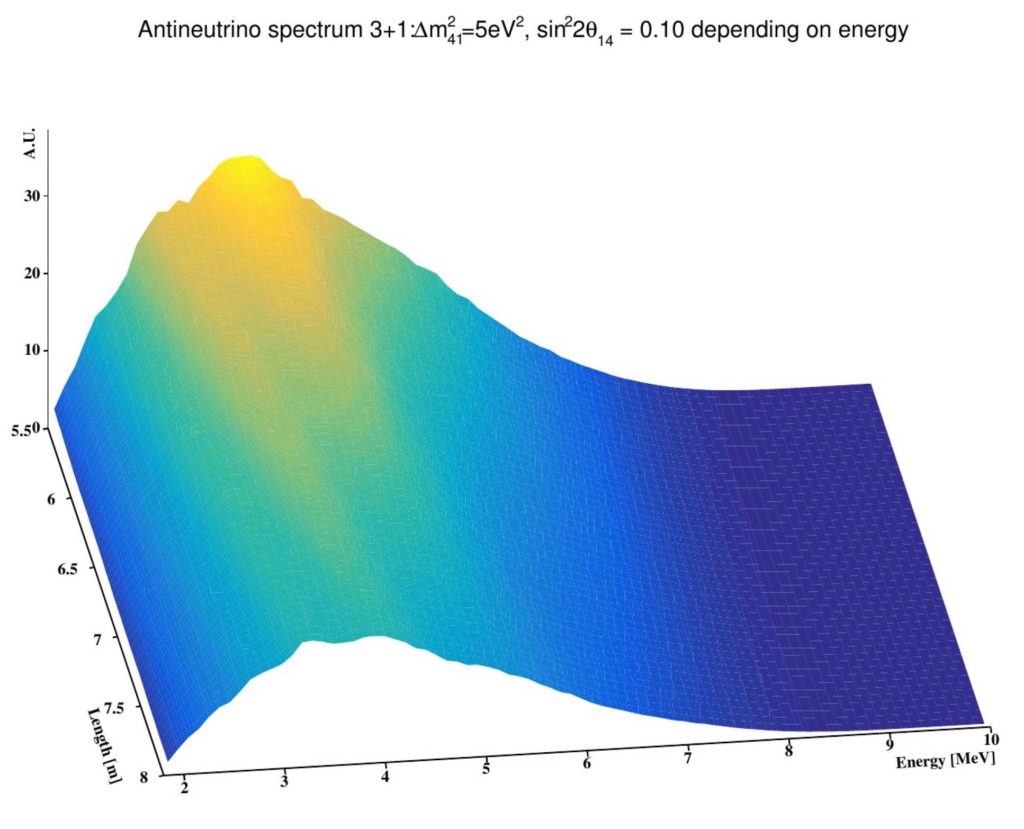 The goal of the SoLid experiment is to resolve the current experimental anomalies that hints at the possible existence of one or more purely neutral particle with a mass of ~ 1 eV called a sterile neutrino.

SoLid will search for the disappearance of electron antineutrinos into this new state by measuring precisely the antineutrino flux emitted from the BR2 research reactor core as a function of distance and energy.

This oscillometry measurement is the only way to prove or disprove that disappearance of antineutrinos at short distances is due to the existence of a new particle. If true such a discovery would come as a surprise and open a entirely new window into the dark universe.

The Imperial SoLid group is heavily involved in the construction of two of the detector modules, simulation software development and data management. It is leading a UK collaboration that is also responsible for design and delivery of the electronics, firmware, the DAQ and online software.

The SoLid short baseline experiment will make a measurement at close stand off from the SCK•CEN BR2 reactor using the next generation detector technology with the aim to deliver unprecedented sensitivity on the search for new oscillations. At the same time, it will provide one of the most precise measurements of a pure 235U anti-neutrino spectrum, an essential ingredient for the improvement of the reactor flux calculation.

The experimental set up consists of a detector stack made of 5 modules placed as close as 5.5m away from the reactor core on the other side of the reactor concrete wall. Each module is made of 10 planes and each planes have 256 scintillator voxels providing high level segmentation for optimum spatial resolution. The detector will be installed inside a container to provide thermal cooling surrounded by a layer of shielding materials to reduce the neutron and gamma-ray backgrounds. With a total fiducial mass is 1.6 tonnes around 1800 antineutrinos will be interacting in the detector per day.

The experimental campaign will be divided in a exploratory phase (phase-I) for about a year followed by a precision phase (phase-II) to cover as much area as possible. The experimental sensitivity to the hypothesis of an additional neutrino is shown on the figure below for both phases. The experiment can rule out the reactor anomaly best fit at 4sigma C.L. after one calendar year of data taking.

The SoLid collaboration has around 50 members from 11 institutes in Europe and in the US.

The detector element is composed of two solid scintillator material to detect the product of the antineutrino inverse beta decay interaction. The first component is made of PolyVinyl Toluene (PVT) in the form of a cube of size of 5 cm x 5 cm x 5 cm sensitive to charged particles. It also acts as the hydrogenous target for antineutrino interactions. The cubes are covered with a second medium to detect the neutron: 6LiF:ZnS(Ag). As shown in the figure above, an incoming anti-neutrino interacts with a proton from the PVT producing a positron and a neutron in one of the detector cubic element. The outgoing neutron reaches thermal energy after a few elastic scatters and is eventually absorbed in the layer rich in Lithium-6, on average 50 microseconds later.

The scintillation photons produced by the positron and the neutron are collected and shifted to green light using large cross-section (3 mm x 3 mm) square wavelength shifting fibres running through grooves in all the cubes (see picture). The green light is transmitted to the end of the fibre and collected by a Geiger mode avalanche photo-diode array (also called SiPM).This design enables a precise 3D reconstruction of scintillation signals.

Seeing the Invisible – from Neutrons to Photons

We are ISO certified